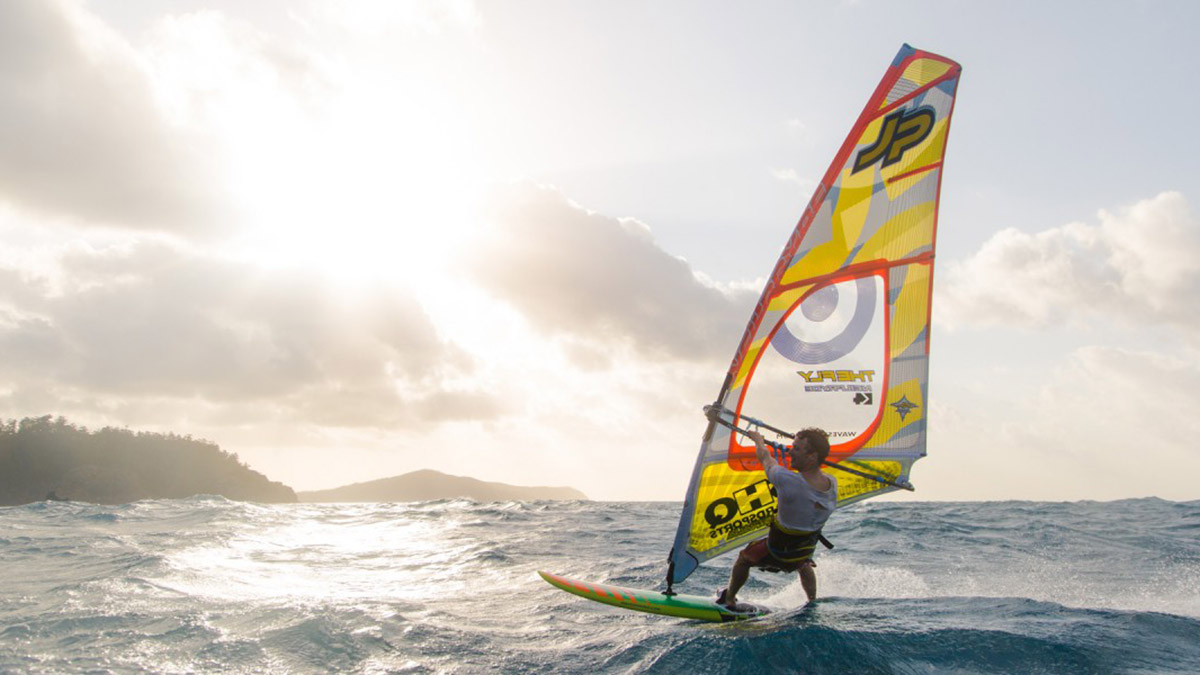 Late last year we were lucky enough to jump on a plane to the Whitsundays and cruise around the area on a 79ft yacht for nearly a week. This may sound like a dream come true, (and there is no denying it is pretty awesome) but you have to really think about what is doable in terms of equipment. Living on a boat is not easy – and you are definitely going have to pack light.

Packing light for us meant only a few sails each, two windsurfing boards, an inflatable SUP and a bunch of kite gear. Airport check in was surprisingly smooth considering the amount of excess we had (thanks Qantas).

Flying in over Hamilton Island, we could see the ocean lined up with stacks wind swell and white caps. The two days previous has topped out at nearly 40 knots, uncharacteristically strong wind for this area. Normally it is more like 20-25 knots. Before we had even landed everyone was debating how strong it was really going to be. 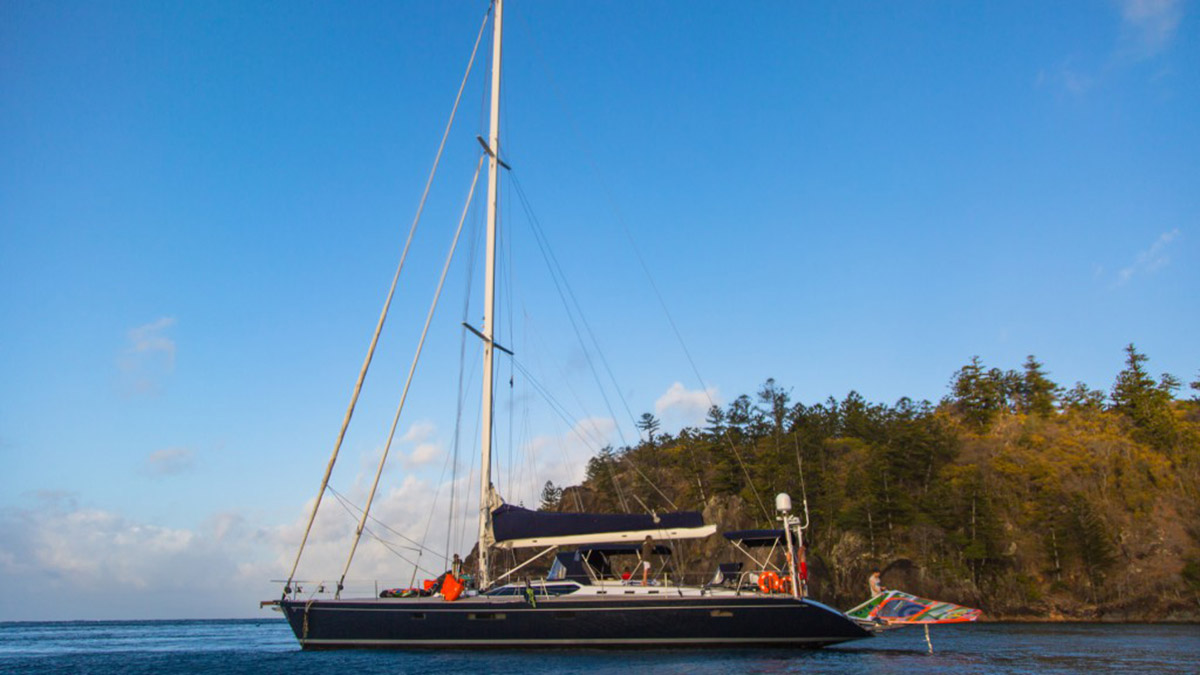 Last minute our plans had changed, the plan was for Captain Roman to cruise by Hamilton Island and pick us up straight from the marina next to the airport. The howling winds had kind of ruined that, it was going to take him hours to sail upwind from Airlie Beach and we would waste nearly the whole day waiting. Instead we had to go straight from the airport and jump on the ferry back to the mainland where we could jump on Le Cochon Noir V and start the adventure.

Roman met us at the ferry terminal, and we packed a maxi taxi full to the brim with all our gear. The cabbie could not believe how much stuff we all had. Finally we made it to the Le Cochon Noir, and met the crew Isis, Roman’s partner and Ra the four year old pirate. After running through some safety stuff and a quick bite whipped up by Isis we set sail, heading north to cruise with the wind and end up near Hayman Island. The wind was howling a solid 30 knots on the way over, but Le Cochon Noir was eating it up and Roman was having a ball ripping through the swell. As we came around the Cape into the lee of the island, the water flattened off – we slowed down, and motored into our final destination. A tiny, picturesque sand spit in the middle of the coral reef. By this stage it was late afternoon, but we had enough time to get in the water for a quick blast, rigging up on the boat and sneaking in an hour of action as the sun dipped below the horizon. 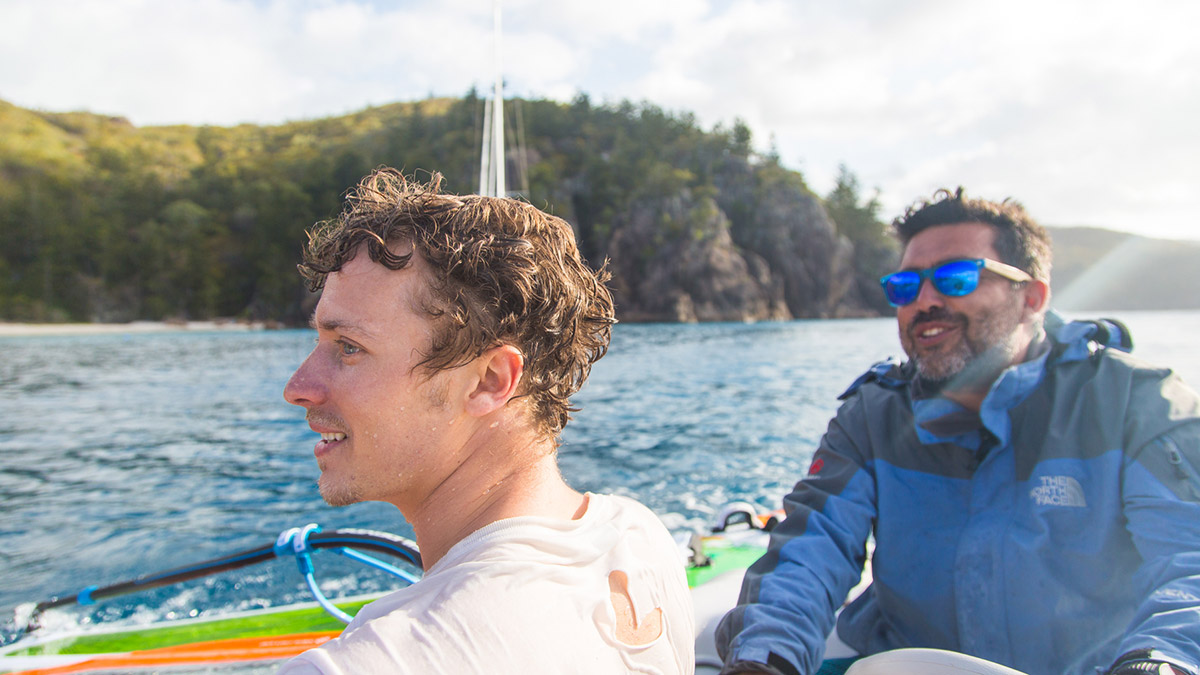 All too soon, it was time to start the trip back to reality. On our last night moored half way back to mainland, the Whitsundays gave us one last little treat. Everyone was sitting around after eating, chatting and having a drink when a massive school of Giant Trevally started circling the boat. Attracted to the lights, we suddenly had a frenzy of fish that were soon joined by dolphins and a couple of sharks. 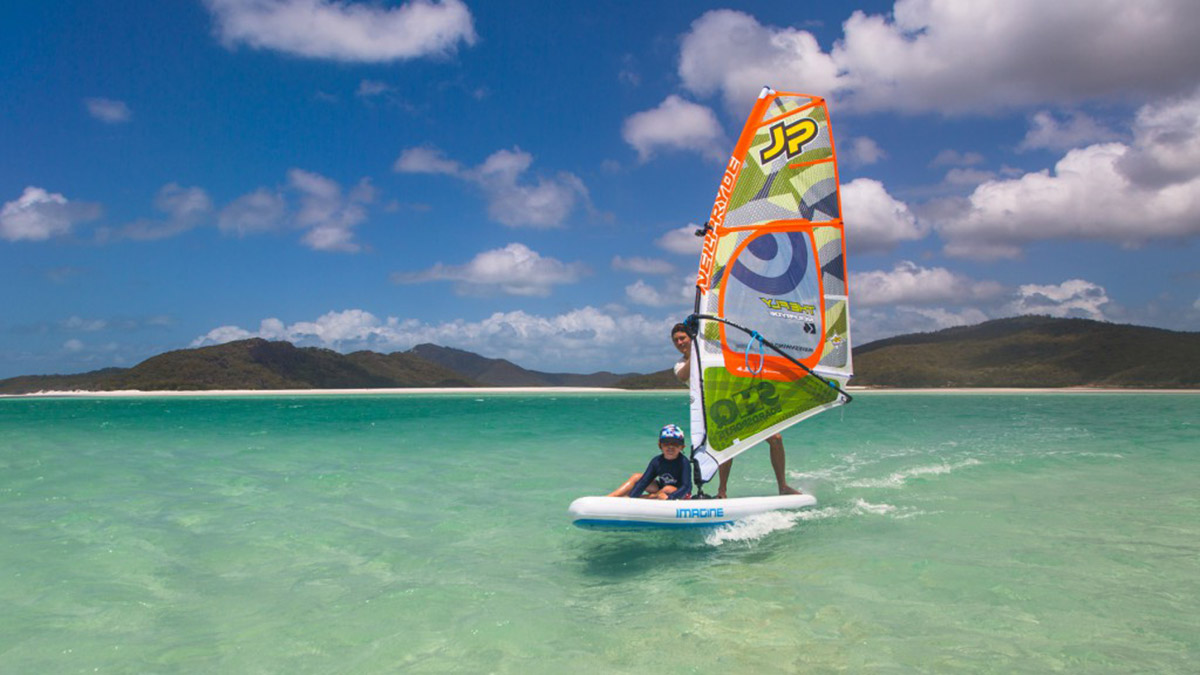 Heading back on the plane, all of us were savouring our time of the Le Cochon Noir, living as pirates with not a care in the world. I can’t wait for our next adventure on the high seas. 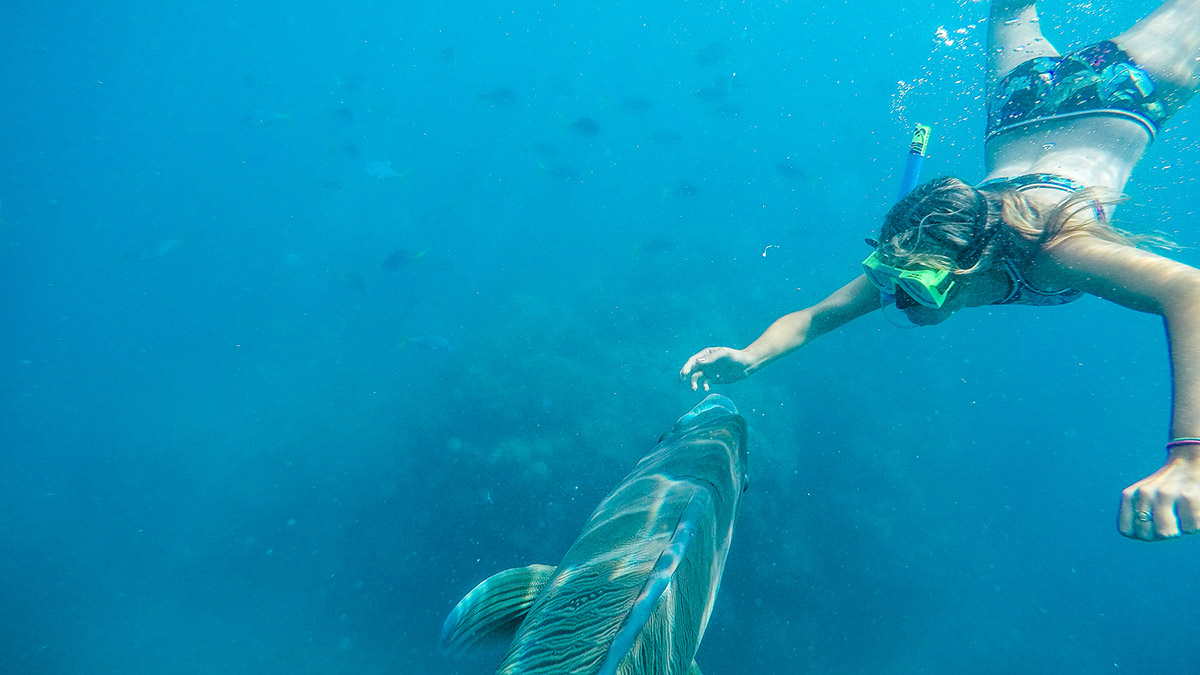